Behind the Design: Meg Biram 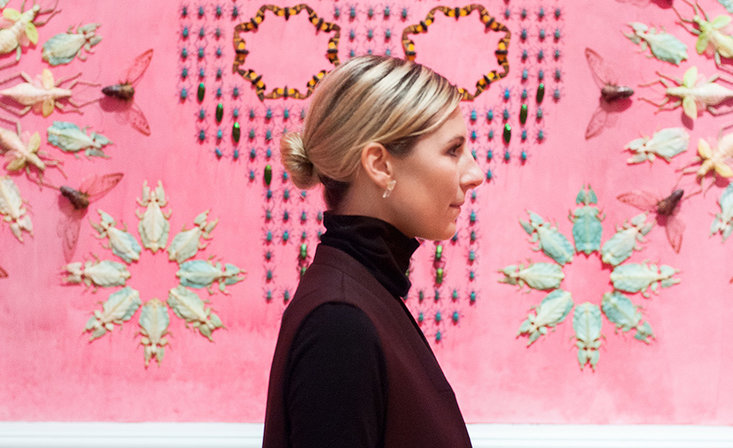 At Poppy, we’re on a mission to promote creativity in all its forms -- in flowers, art, design, and across a variety of industries. We’re thrilled to introduce a series of articles called “Behind the Design,” in which we interview female artists on the rise and explore their path to creativity, whether they’re full-time creatives or just starting out.

Our first interview was with our friend, Meg Biram, a D.C.-based influencer-turned-artist. Enjoy!

Behind the Design: Meg Biram on becoming a full-time artist

Artist Meg Biram talks about her meandering path from journalism school grad to a full-time artist, her secret to feeling like a legitimate business (hint: being organized helps), and the power of making a decision— and then actually sticking to it.

Murals were never part of the plan for Meg Biram. But these days, you’ll find her vibrant, large-scale artwork anywhere from some of DC’s hippest restaurants to conference rooms, gender-neutral nurseries, all the way to the upcoming National Children’s Museum.

Biram’s road to becoming a full-time artist and muralist was anything but linear. The Kansas City, MO-native studied Journalism at the University of Missouri, after “chickening out” of studying art or fashion.

She quickly took to magazine design, and shortly after graduating, she accepted a job as a photo editor and designer in Florida.

Then, a job on the Hallmark marketing team took her back to her hometown. She spent five years designing and directing photo shoots. While at Hallmark, she made what now seems like a crucial decision – starting her blog.

It was 2007, Etsy was brand new, and the word Influencer has yet to become a job title. Biram had her journalism education, design experience, and knew just enough coding to give it a go. She didn’t think of it as much more than an online resume, showcasing her talents.

“I never thought it would be a job — I thought it might get me a job,” she says.

But starting her blog wasn’t completely free of strategy. She knew that at some point, she’ll want to have her own business, and saw the blog as a way to use her creativity to grow an audience.

She continued posting and growing her blog while working at Hallmark, and when she moved to DC nine years ago, she decided to make blogging her full-time job.

“After about a year of figuring it out, it did end up replacing my salary,” she says.

As Biram’s blog grew, she added an online shop, and consulted as a stylist, strategist, and content creator. And while she found success in blogging, she knew it was never quite it for her.

As she got into her mid-30’s, she found herself examining her life in a new way. “I thought, what am I doing with my life?” she says.

The emergence of the Influencer economy made her feelings about it clearer than ever. “I love Instagram, don’t get me wrong,” she says, “but ultimately, I just didn’t want to sell other people’s products as my full-time job.“

She always dabbled in art, even selling paintings from time to time. Now, she felt ready to start moving toward fully and wholly embracing art as her job.

“More than anything, it was a mental pivot,” she says.

“I said to myself ‘ you know what, it’s now or never’ and just made a decision,” she said. “I told myself I am going to make this change.”

Transitioning from her full-time blogging and content creation to art was a gradual process that took about three years – but it started with making that decision, and then sticking to it.

Start with what you have, and take calculated risks

When she left her job at Hallmark and became a full-time blogger, Biram didn’t plan the transition. While it ended up working out, the adjustment was stressful.

Now that she was planning yet another transition, Biram knew she wanted this time to be different.

She continued blogging for a long time, but got pickier, saying no to projects that she would have typically accepted, intentionally making more time for art.

Her advice to anyone contemplating a transition to a new endeavor?

Following this advice is also how Biram found herself becoming a sought-after muralist. She painted a mural in her office, someone saw it on social media and asked her to paint them a mural, and then another person, and another.

“Even though murals weren’t really part of my plan,” she says, “I said yes because it was moving me in the right direction – I was being associated with and paid for my art, not my blogging.”

Recently, Biram and her husband moved out of DC to a nearby suburb, where she worked from their “teeny tiny” guest bedroom, focusing on smaller formats while searching for her next studio space for more than a year.

The search was not going well — the perfect space was not materializing.

Then, the mental pivot kicked in again. Becoming a full-time artist and a muralist meant she needed a lot of space, and Biram realized a studio became a necessity, and that it was time to quit seeking perfection. She decided to take what she can get, and do it soon.

And just like that, multiple spaces popped up at the same time, seemingly out of nowhere —among them, her current space, perfect after all.

“That ended up being a huge pivot point for me,” she says. While she had studios on and off for the past five years, her current space is her biggest – and most expensive – studio yet.

“I felt like I was making a serious financial investment in myself as an artist,” she says. It was right around then that she felt like she could stop blogging, essentially cutting off her previous income stream.

What keeps her going

In the past eight years, between blogging, consulting, and transition to art, Biram found herself working nearly nonstop.

“It’s been a major, major hustle,” she says. She worked every single day for the past four weeks, and she will not get a break until Christmas.

What keeps Biram going is a profound sense of purpose. Biram points out that, like many of her friends, she is deeply self-driven. She wants to be successful doing what she loves on her own terms.

Making large-scale artwork like murals can also be physically grueling, but Biram has found that, to her surprise, she doesn’t get exhausted too easily.

She credits an intense workout regimen that she’s kept for five years in conditioning her for the long hours of physical work.

Biram makes her workouts a priority, planning her work around her exercise schedule as much as possible.

Exercise has been proven to mitigate conditions that have impacted her family members’ health, she notes. She wants longevity and health, and is willing to adjust her schedule to make it work.

“It might sound crazy to some,” she says, “but I think that my health is important enough to plan my work around it.”

Want to be taken seriously? Start by taking yourself seriously

For anyone starting out on the path of creative entrepreneurship, Biram advises to be open to learning about the business and marketing side of the work.

“Yes, hire an accountant, a bookkeeper, a PR person,” she says. But have at least a basic understanding of what they do, so that if anything happens, you could handle your own business.

Staying organized has been empowering for her. Biram keeps multiple Google calendars to plan her projects.

“You can make your business so much more successful if you plan,” she says. “Do I want to have a product ready for Christmas? That means I need to start thinking about it in July.”

Being on top of her taxes, business documents, and keeping her calendars organized has given her the coveted feeling of “I’m a legitimate business,” she says. It’s a feeling with which many entrepreneurs  — especially women — struggle.

“When you take yourself and your business seriously, when you give yourself time to be creative – that’s when things happen for you,” she says.

“You create your own luck by setting yourself up for success. You know?”

Lately, Biram has been focused on women artists, who have been historically overlooked by the art establishment.

“Everyone knows Willem de Kooning  — but do they know that Elaine de Kooning, his wife, was an amazing, amazing artist? You can find her portrait of JFK up in the Portrait Gallery,” she says.

While Biram is taking time to learn about the women artists who paved the way for artists like her, she is even more passionate about supporting today’s up-and-coming women artists.

If you want to support the arts, especially women artists, buy from living artists now so that they can stay artists, she says.

Recently, on a walk, Biram realized she wants to do more than just be an artist who supports other artists when she can. She wants to have her own Barnes or Guggenheim one day, with artwork she collected along the years.

“Even if it starts just in my house, where people can come over to see and talk about art — that’d be cool,” she says. 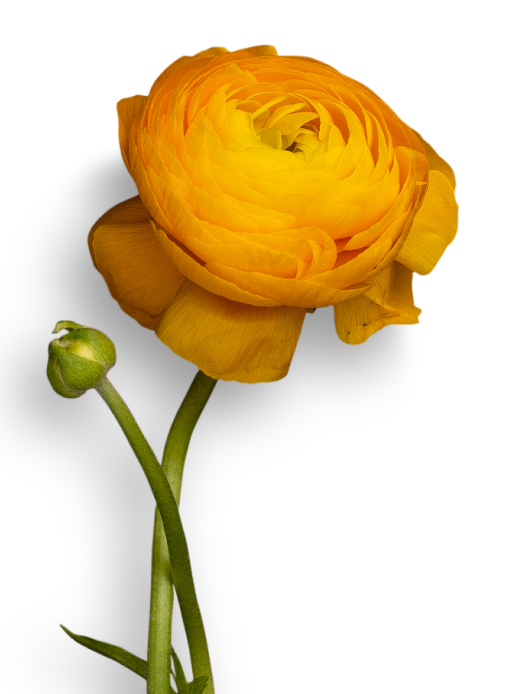